"An orangery or orangerie was a room or a dedicated building on the grounds of fashionable residences from the 17th to the 19th centuries where orange and other fruit trees were protected during the winter, as a very large form of greenhouse or conservatory.

The orangery provided a luxurious extension of the normal range and season of woody plants, extending the protection which had long been afforded by the warmth offered from a masonry fruit wall. A century after the use for orange and lime trees had been established, other varieties of tender plants, shrubs and exotic plants also came to be housed in the orangery, which often gained a stove for the upkeep of these delicate plants in the cold winters of northern Europe. As imported citrus fruit, pineapples, and other tender fruit became generally available and much cheaper, orangeries were used more for tender ornamental plants.[citation needed]" - (en.wikipedia.org 29.02.2020) 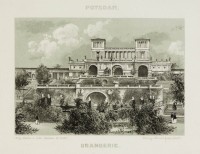 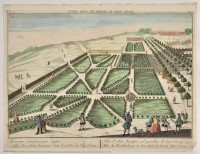 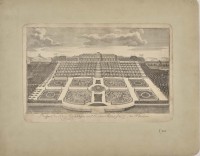 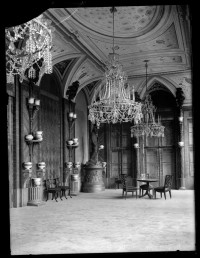 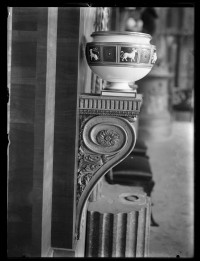