"Friedrich Ludwig Persius (15 February 1803 in Potsdam – 12 July 1845 in Potsdam) was a Prussian architect and a student of Karl Friedrich Schinkel.

Persius assisted Schinkel with, among others, the building of the Charlottenhof Castle and the Roman Baths in Sanssouci Park in Potsdam. He was also involved with the construction of the Great Fountain, the Church of Peace, and the Orangery and observation tower on the Ruinenberg opposite Sanssouci Palace." - (en.wikipedia.org 08.11.2019) 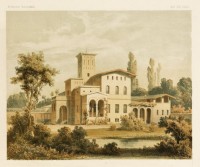 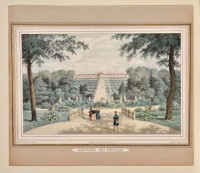 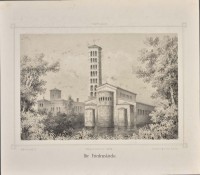