"Eugen Berthold Friedrich Brecht[a] (10 February 1898 – 14 August 1956), known professionally as Bertolt Brecht, was a German theatre practitioner, playwright, and poet. Coming of age during the Weimar Republic, he had his first successes as a playwright in Munich and moved to Berlin in 1924, where he wrote The Threepenny Opera with Kurt Weill and began a lifelong collaboration with the composer Hanns Eisler. Immersed in Marxist thought during this period, he wrote didactic Lehrstücke and became a leading theoretician of epic theatre (which he later preferred to call "dialectical theatre") and the so-called V-effect. During the Nazi period he lived in exile, first in Scandinavia, and during World War II in the United States, where he was surveilled by the FBI and subpoenaed by the House Un-American Activities Committee. Returning to East Berlin after the war, he established the theatre company Berliner Ensemble with his wife and long-time collaborator, actress Helene Weigel." - (en.wikipedia.org 30.01.2020) 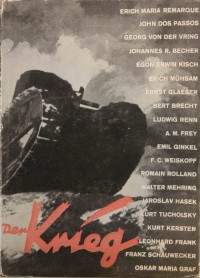 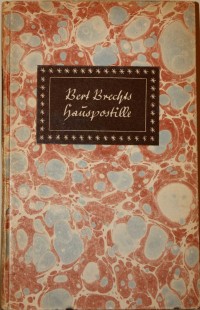